People have been arguing for centuries to figure out who is better at romance, and so far, no one has been declared the absolute winner. Different nations all around the globe claim that they’re the ones who know how to properly deal with all things romance, and no one else.

Naturally, we’re all aware that this isn’t the actual reality of the situation, but we play along either way. 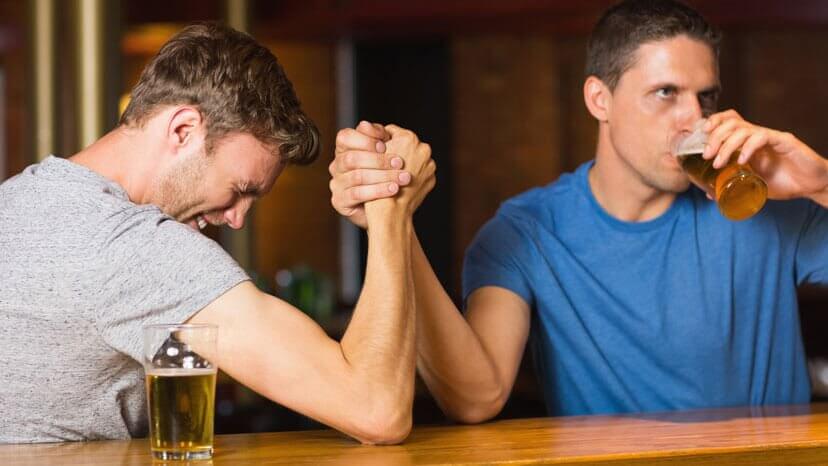 However, the game of love drastically changed with the arrival of one of the biggest commodities of the modern age – the internet. It was only a matter of time before humans combined the art of romancing with his majesty The Internet, and created the most useful “emotional online love child” of all time – the online dating service.

In time, the world of online romance blossomed and multiplied to an extent that no one foresaw, and it managed to become one of the staples of the modern online era. No one wants to be alone, and thanks to the internet and online dating, no one has to be.

One of the numerous advantages of online dating is that it has many shapes and forms and can be molded to fit into any culture and/or way of life. After all, this made it so globally useful.

But that also made it the perfect terrain for the age-old battle of the nations – the love champion battle. Nations all around the world are taking their business online and proving themselves as the ultimately best lovers and daters on the world, but no one is as vigorous at this online dating fight as Aussies and the Brits.

Both Australia and the United Kingdom claim to be masters of the online love game, and to some extent, both countries actually are. Yet, one detail swayed the wining flow of the battle to one side.

Just about anyone can make an online dating profile, yet, not all people can make a great one.

The art of online dating can be mastered only by completing all of the necessary steps in the most creative and unique way. Just like animals in the wild, Brits and Aussies battle to create the best online dating profiles which will attract their desired potential partners, all while staying true to who they are as individuals.

Statistics show that Aussies are more likely to be better at creating online dating profile that don’t resemble anyone else’s.

In other words, profiles of Australian online daters are more likely to be genuine, interesting, and overall unique. Brits, on the other hand seem to stick to the same online dating profile mold, and are generally not as keen on sharing their inner thoughts and feelings with the whole community.

We’ve come a long way since the time of romantic letters, poems, and sonnets. But instead of getting better at it, we’ve somehow managed to do the exact opposite. People lost touch with their inner Shakespeares and Lord Byrons, while their “anxiety due to conversation” levels skyrocketed. This combination led to the disappointing reality we now live in.

People have a hard time starting a conversation, especially on online dating services. You’re supposed to intrigue and amuse someone just by writing a few words enough to get them to respond positively to your message.

Aussies and Brits are equally generally bad at this skill, however, a slight upper hand belongs to the later. It must be the grammar.

No one is as motivated as the people in the Land Down Under, not even when it comes to online dating.

Perhaps it’s the distance, or the impending doom hiding under every rock in their backyards – who knows? All in all, Aussies are (statistically) more likely to give it their all in order to establish a bond with someone on an online dating site.